The state of autonomous vehicles in 2021 and implications for insurance

The field of autonomous vehicle (AV) development has advanced dramatically since being kicked off in 2004
Published on Oct 26, 2021 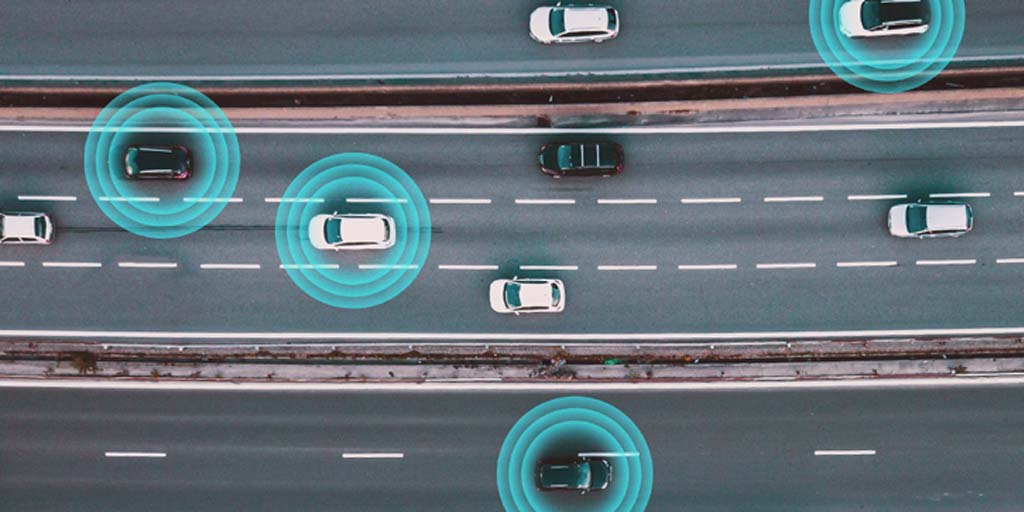 The field of autonomous vehicle (AV) development has advanced dramatically since being kicked off in 2004 by the DARPA (Defense Advanced Research Projects Agency) Grand Challenge.

Despite progress not living up to early optimistic predictions, the industry has matured substantially, with rapidly improving system performance and decreasing hardware costs. Industrywide “shakeouts” are also beginning to occur, with the substantial consolidation of capital and resources around a few notable “winners”.

Over the next decade, AVs are likely to be deployed commercially across a number of cities in the United States, creating unique opportunities and challenges for insurers. The insurance carriers who take a proactive approach to partner with leading AV developers and technology platforms will be best positioned to become market leaders within the AV industry.

The roots behind the AV race

In 2004, the U.S. Department of Defense commissioned a series of funded research challenges that aimed to spur the development of autonomous driving technologies. These challenges, known collectively as the DARPA Grand Challenge, saw participation from top research institutions including Stanford, Carnegie Mellon, MIT, and the University of Pennsylvania, among others. The DARPA Grand Challenge served as the spark that ignited the modern era of AV development, with most of today’s top AV companies and their teams able to trace their roots back to these contests. For example, Chris Urmson, (CEO of Aurora) and Bryan Salesky (CEO of Argo AI) led Carnegie Mellon’s team at various points in time, while Dmitri Dolgov (CEO of Waymo) led Stanford’s team.

The industry was further catalyzed by General Motors’s landmark acquisition of AV startup Cruise Automation in 2016 for more than $1B. This acquisition would kick off an industry race to deploy AVs commercially at scale, with several other OEMs announcing their own acquisitions and investments shortly after. Within six months of GM’s acquisition of Cruise, Ford, for example, announced its $1B investment into less-than-one-year-old Argo AI, led by Brian Salesky. Over the ensuing several years, the industry was characterized by frothy valuations and a plethora of new full-stack AV startups with the ultimate expectation that Level 4 and 5 AVs would be available imminently. OEMs, startups, and investors alike made lofty predictions that AVs would be fully deployed within five years and privately owned automobiles would be no more. In total, over $22.6B of venture funding, in addition to multi-billion dollars of OEM internal R&D investment, would be poured into the AV industry from 2010–2020.

Fast-forward to 2021, despite the magnitude of AV investment and the grandiose predictions, the privately-owned automobile is still very much a part of our daily lives while AV deployments remain limited in scale, with companies such as Waymo running robo-taxi and shuttle pilot programs in Chandler, Arizona and Argo AI in Pittsburgh, Pennsylvania. Others, such as Tesla and many trucking-oriented AV developers such as TuSimple or Plus AI have largely constrained their use cases to less complex environments such as highways.

Despite the early AV predictions clearly not coming true yet, the overall AV industry has rapidly matured. As a result of the broad realization that autonomy is an extraordinarily challenging problem requiring substantial amounts of time and capital to solve, there has been increasing consolidation amongst a few key players. Over the past year, multiple independent full-stack AV companies, such as Zoox and Voyage, have been acquired. Others, such as Starsky Robotics, have shut down permanently with waning investor appetite for such full-stack AV startups.

Despite this consolidation, however, AV technologies, from sensors to perception to path planning, have all made significant strides. The developments in the LIDAR (Light Detection and Ranging) sensor are perhaps the most illustrative of this overall technology advancement. Since 2017, the industry has largely shifted from rotating to solid-state LIDARs, resulting in 10x better performance in range and resolution, as well as reduced size and physical space requirements. In addition to the significant improvements in performance, the overall cost of LIDAR sensors has fallen by more than 80% and is expected to drop further over the next decade. Similar levels of performance improvement and cost reduction can also be seen across broader AV enabling technologies, such as batteries, where energy density has increased rapidly alongside 90%+ decreases in costs over the past decade. Larry Burns, former Head of Research and Strategy at GM, aptly sums it up, “Great progress has been made on the first 90% of autonomous driving. It took longer to do the next 9% than the first 90%, and the last 1% is taking longer than the 9%.”

Painting a picture of the near-term future

It is highly unlikely any of us will wake up to a street full of autonomous vehicles overnight. Rather, the deployment of AVs will be phased and controlled. In the near term, we are likely to see a number of small commercial deployments within various cities. Initially, these may resemble Cruise’s current San Francisco program or Motional’s former Las Vegas pilot where safety drivers and engineers are present within each vehicle. As the technology continues to progress and regulations solidify within this space, the safety driver will likely be replaced by remote operations and monitoring for emergency scenarios only. Other near-term use cases are likely to be centered around defined environments, such as highways, where edge case scenarios are less frequent and more manageable. Many believe, for example, that mid-mile or depot-to-depot trucking will be one of the earliest commercial deployment use cases for AVs.

A look into the longer-term future

Over the next decade, commercial fleets of Level 4 AVs will likely become commonplace in a number of cities across the United States. Scaled commercialization, however, will likely be reliant on an ecosystem of solutions providers, from networked sensor infrastructure to real-time teleoperations monitoring. The ability to reach Level 5 autonomy (i.e., any environment, any condition) will require substantial technological breakthroughs. While a combination of supervised and unsupervised machine learning combined with additional safety infrastructure will enable autonomous operations in many, perhaps even most, conditions, Level 5 autonomy demands generalized AI levels of performance including the human-like ability to extrapolate accurate conclusions from very limited data sets. This ultimately requires fundamentally novel approaches to machine learning, with most prospects still currently being incubated in academic research labs.

Equally as important are the new business models and services that will begin to form as the longer-term cost advantages of commercial-fleet utilization enabled by autonomy continues to shift mobility toward a consumption-based service (i.e., on-demand transportation versus vehicle ownership). While we are still in the early innings of this transformation when new usage models are difficult to predict with accuracy, they could range from flexible-work vehicle pods included in an office-sharing package to leveraging transportation services to incentivize retail or real estate development. Avanta Ventures has continued to monitor these developments and is actively investing in the foundational building blocks to enable such transformations, from vehicle data connectivity infrastructure (Motorq) to payment platforms (Car IQ) to risk management solutions (Overhaul).

What does this mean for insurance?

Insurance will continue to be a key stakeholder and player within the mobility and AV ecosystem. The model for insurance of AVs, however, will likely look substantially different than the personal auto insurance model of today. Firstly, there will be a paradigm shift in risk analysis and rating factors. As control of the vehicle increasingly shifts from human driver to machine, rating factors will change dramatically, with current personal rating factors, such as gender, occupation, and credit history, becoming obsolete. Understanding the system-level risk of the machine driver will require insurers to develop new technical capabilities and leverage novel data sets in order to predict risk, particularly as the “driver” could change on a nightly basis with each over-the-air update that is pushed. Additionally, as the human driver relinquishes control to the AV system, liability will shift toward the technology stack. The implication for insurance, then, is a move away from personal liability insurance for the human driver to commercial product liability insurance for the AV system and developer. Finally, the near term is likely to be messy for insurance, liability, and risk in general. In this next decade, which will increasingly be characterized by AVs operating alongside human-driven vehicles on the road, there will be numerous unknowns and challenges around risk assessment, subrogation, and broader claims management, among other core insurance processes.

These uncharted waters, however, represent a new horizon of opportunity, and the first movers will have a strong competitive advantage to capture market share. By actively partnering with AV developers to unearth novel risk attributes, engaging with technology platforms to build new technical assessment capabilities, and piloting evolving business models early, innovative insurers could potentially catapult themselves into a market leadership role with the AV insurance industry.