About Pooja Shah
Pooja is a Senior Associate at Avanta Ventures who is passionate about building stronger partnerships between startups and corporates in order to drive meaningful changes and innovation.

A look at the barriers that are slowing down the adoption of home telematics
Published on Dec 14, 2021 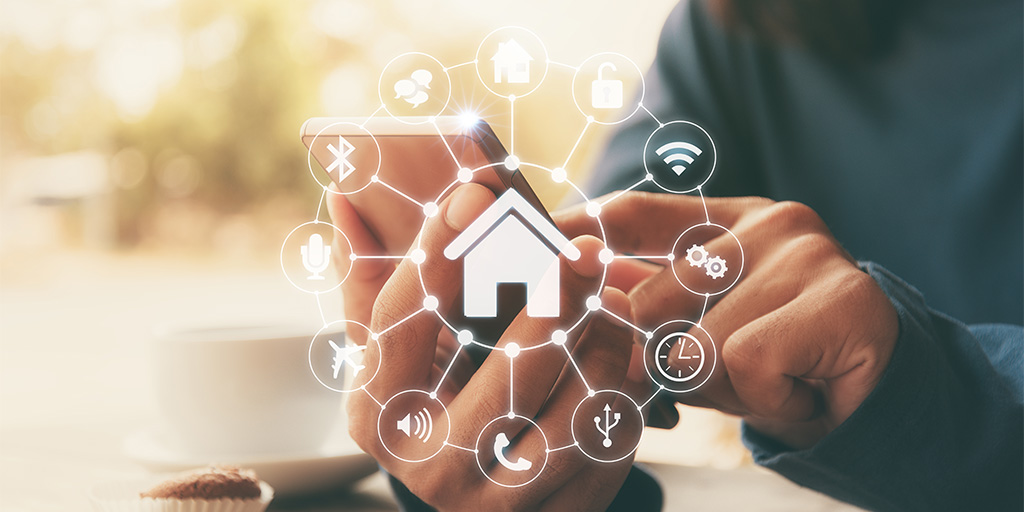 Despite over two-thirds of U.S. households owning at least one smart home device and the multiple benefits of telematics programs, insurer interest and programs leveraging IoT (Internet of Things) devices have been falling in the last few years.

With the challenges around accessing data and a still-nascent value proposition, on top of high startup costs, home telematics programs have been less attractive during the COVID-19 pandemic of 2020 and 2021 compared to 2019. Twenty-nine percent of insurers have no current interest in launching a home telematics program in 2021 vs. 22% in 2019, according to Novarica Research Council CIO surveys.

According to the same survey, only about a third of the 81 insurers surveyed in 2021 have launched, or are launching, a home telematics program. However, as the value proposition and use cases are further validated, the expectation is that the number will increase, similar to how auto telematics adoption increased once it became clear that driver behavior was the most predictive rating factor.

So what are the barriers that are slowing down adoption?

Ongoing standards war and lack of a unified IoT platform

IoT platforms play a central role in accelerating connectivity, data aggregation, data storage, application enablement, and customization. As a result, these platforms are pivotal to the growth of the IoT market and home telematics programs. In a report in 2017, Boston Consulting Group estimated that more than 400 players had entered the IoT platform market in the last decade, from startups like Helium and CENTRI to large enterprise software companies like Google, Amazon, and Apple to industrial manufacturers like Honeywell, Siemens, and Cisco. Each platform comes with its collection of technical standards and protocols, resulting in a standards war that has slowed adoption and the ability to take full advantage of the suite of IoT devices in the market.In 2019, Amazon, Apple, Comcast, Google, and the Connectivity Standards Alliance (CSA – formerly known as the Zigbee Alliance), launched Matter. Matter aims to reduce fragmentation across vendors and achieve interoperability among smart home devices and IoT platforms from different providers. The group includes IKEA, Huawei, Schneider, and a host of other multinational corporations. Matter-compatible products and software updates for existing products are expected to be released in 2022. The alliance is developing a royalty-free standard that will be compatible with Amazon’s Alexa Smart Home, Apple’s HomeKit, and Google’s Weave protocols, among others.Looking to prior standards wars (such as those over electricity, VCRs, browsers, etc.), outcomes can end in one of three ways, according to a research study by Carl Shapiro and Val Harian: a truce, a duopoly, or a fight-to-the-death. The challenge with achieving a truce is that the longer the wars go on and the more time players must build their preferences, the harder it is to reach a compromise. While the more prominent players (Amazon, Google, Apple, etc.) have discussed creating a common standard through Matter as discussed above, the specifics have yet to be finalized. The question of ownership of the data remains to be settled.

Limited access to data and ability to process the data

One of the main challenges to the broader adoption of home telematics programs is the limited available data and the lack of ability to leverage and integrate the available information fully. Obtaining data from companies that own the IoT sensors is difficult for a myriad of reasons. The foremost is that companies fear sharing data will lose trust with customers due to privacy concerns. However, this is often paired with at least one other reason, ranging from a lack of technical capability to share data easily to a desire to monopolize the data for their benefit and use. However, as newer startups in the space begin to share data more openly with insureds, the hope is more established players will start to follow.

The second part of the issue stems from the lack of insurers’ capabilities to process or often even ingest the data that’s being shared. Adopting services to help actuarial teams process and identify new rating factors has been slow-moving. Integrating data into the workflow on a more automated level can be challenging and cost-prohibitive.Lastly, because the concept of home telematics data is still relatively new, carriers have not yet identified which data elements are most relevant and predictive, nor have they been able to validate the value behind any such data elements. Additionally, due to the breadth of data and variety of available and possible data through home telematics, there’s no clear and singular behavioral score in home telematics that’s been developed, unlike what most auto telematics providers have created.Insurers must build out their technical capabilities to keep up with the newer players in the space with more flexible and adaptable core systems. Those insurers that can ingest and test new data elements more efficiently and more quickly will also be those that can identify which data elements are most impactful and valuable – an insight that will be key to winning in the market.

One of the concerns when discussing the slow adoption of home telematics programs and IoT devices is customer hesitation around bringing IoT devices into their homes and sharing data. According to a smart home technology report by the Insurance Research Council (IRC) in 2018, the top three reasons why homeowners were hesitant about sharing information with insurers were:

To an extent, everything begins and ends with customer education. Incentives only work if the recipient understands the benefit and how to receive it. A significant challenge with home telematics programs is the low uptake (partially due to the hesitations/concerns mentioned above) and the low engagement that follows. While engagement alone can be a metric for risky behavior, why stop there? Insurers can improve the risk profile of their portfolio by taking steps to increase engagement by educating customers on the need for devices, how to use them and respond to alerts, and where to place them for the best benefit. Such steps will also result in more data points, leading to new insights into predictive and meaningful rating factors.Startups in the space have found that giving more precise instructions and helping insureds understand their risks and the potential costs increased engagement. That’s why companies like Flo by Moen emphasize the need for solid marketing campaigns. Notion and Roost (spot sensors) have tried to identify and share where customers should install devices to reap the most benefits.Another aspect that impacts customer engagement heavily is the ease of use and access for customers. As discussed earlier, part of this is the lack of a common standard and protocol. The other part is that there’s also no “central bus” or platform that customers can use to control all their devices and all their features to bridge the gap between all the different types of products out there. “Single app control” hasn’t yet become “single app install.”Some apps have recently started appearing in the market that are trying to be that “central bus.” For example, Pocket Geek by Assurant can be built upon, perhaps not as complete as needed. As more devices become Wi-Fi-enabled and smart, a homeowner will be able to consolidate and monitor all those devices through a central mobile app and enable additional value-added services to be rendered. Thus, today we often see hesitation from homeowners when choosing a device that doesn’t tie into the ecosystem that is in use for most of the home, creating challenges for the insurer when determining with whom to partner.While the higher costs of home telematics and the other barriers discussed above have slowed adoption, home telematics has the potential to transform both homeowners’ and renters’ insurance more than auto telematics did for auto insurers. IoT devices can potentially impact every aspect of the customer’s life cycle with a carrier while opening new possibilities for adding customer value in nontraditional ways. One example is the ability of home telematics partnerships to help elderly homeowners age in place longer by providing services that monitor the home and offer quicker and automated access to services and security.

While most insurers offer discounts for installing certain sensors and devices, that’s a short-sighted approach to the problem. Discounts alone just reduce the top line. The real challenge and opportunity outside of better underwriting is to identify new services or revenue streams by leveraging the devices and data. One new area of business that IoT devices can positively influence is home warranties. They can often be costly due to the expense of managing, monitoring, and covering the warranties. IoT devices can help reduce those costs. IoT devices can also help insurers help homeowners better secure and monitor their homes and identify gaps in security and ways to reduce their risk.

As data becomes more accessible and novel data emerges, the ability and knowledge of carriers to add new products and services to their portfolios to better serve customers will also grow. It will allow insurers to be more present in the daily life of an insured, rather than appearing only after something has gone wrong.