A look at how blockchain-enabled technologies will be crucial in the future of insurance
Published on Jun 29, 2022 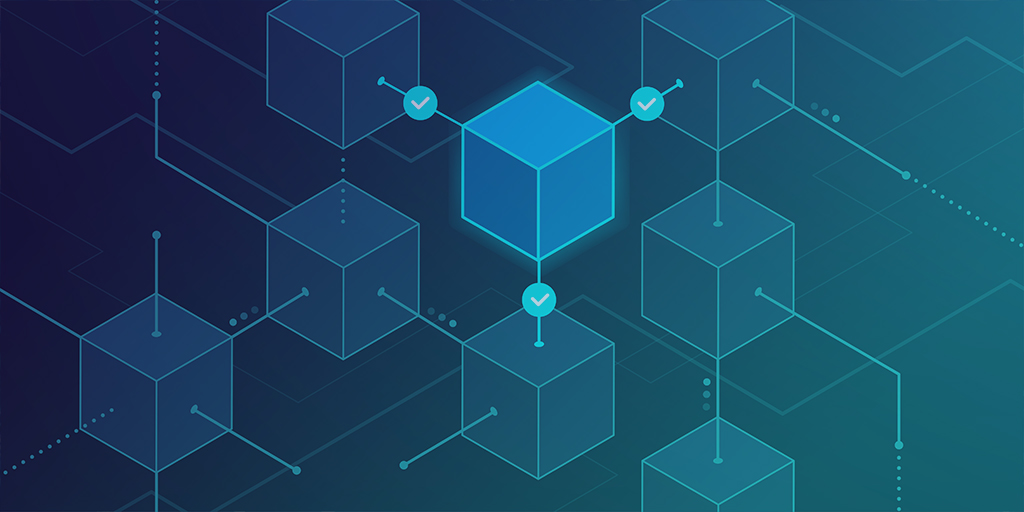 Blockchain-enabled technologies have created an inflection point in how people and enterprises share, store, and verify information. Insurers such as Liberty Mutual, State Farm, and USAA have been early adopters in testing blockchain’s applicability. Doubts about blockchain’s utility in insurance abound. Questions remain about whether blockchain will deliver sufficient value with low-enough risks to ensure the longevity of its usage in insurance. Breaches have led to questions about security. Decentralization removes bottlenecks, but it also shifts control and obfuscates accountability. As companies weigh the potential business benefits blockchain can yield for subrogation, claims processing, fraud reduction, and other essential insurance functions against the costs and risks of testing this frontier technology, partnering with cutting-edge blockchain startups can provide valuable insight while mitigating risk.

According to Grandview Research, the global blockchain technology market is expected to reach more than $1.4B by 2030, growing at a compound annual growth rate (CAGR) of 85.9% from 2022 to 2030. The venture investment community also has been fueling the growth of blockchain-related startups. In July 2021, CB Insights reported that blockchain funding was at an all-time high, with $7B in venture capital and private equity funding raised by blockchain companies. Multiple enterprise blockchain-focused venture studios, such as the Oregon Enterprise Blockchain Venture Studio, have emerged. Bloccelerate launched a $12M VC fund for enterprise blockchain adoption. Furthermore, AMEX Ventures referred to Web3, a shorthand for the next generation of the Internet built on blockchain, as a “once-in-a-generation opportunity for a potential resetting of infrastructure.”

Blockchain and its associated technologies have often caused confusion. Blockchain, cryptocurrencies, smart contracts, non-fungible tokens (NFTs), and Web3 are related but not the same.

Insurance companies must frequently interact with each other and their customers, often with asymmetric information across parties. Immutable distributed ledger technology and smart contracts can increase efficiency and automation in these interactions. For example, distributed ledger technology and smart contract-enabled optimizations in subrogation and claims processing can drive process efficiency, enabling employees to focus on the more complex aspects of these functions. Blockchain also offers numerous enhancements for insurance fraud detection. Multiple insurers can collaborate to identify double-booking, premium diversion, and identity fraud. Furthermore, smart contracts can simplify the flow of information between reinsurers and insurers.

As IoT (Internet of Things) usage expands throughout smart home, mobility, and travel-related industries, blockchain’s enablement of MachineFi and V2X (vehicle to everything) transactions can enhance incident prediction, prevention, reaction, and recovery. Assets will be better able to protect themselves and conduct their own maintenance-related transactions.

The number of potential blockchain use cases in insurance prompts an examination of why insurers have allowed years to pass since blockchain’s emergence without transforming their businesses to be blockchain-enabled. Multiple factors drive this dynamic, including lack of proven business ROI, early adoption risk, and customer and organizational readiness.

Since 2016, Liberty Mutual has been dedicating resources to blockchain-related growth. In November 2018, approximately 40 of Liberty Mutual’s employees were at least partially dedicated to working on blockchain projects. In January 2021, The Institutes RiskStream Collaborative announced its work on a blockchain proof of insurance verification tool with Liberty Mutual, Nationwide, and other consortium members.

Additionally, in August 2021, a blockchain-related partnership between Lloyd’s insurance syndicate Mosaic partners and DXC was announced. The resulting platform provided Mosaic with interaction across broker partners for electronic placements and algorithms for risk selection, triaging, pricing, and claims settlement across their highly specialized lines.

In December 2018, State Farm publicized that it was testing a blockchain solution for auto claims subrogation. Two years later, it announced that blockchain had solved the State Farm/USAA subrogation challenge. About 75,000 subrogation checks are exchanged between State Farm and USAA each year. Given the interactive nature of subrogation, the value of a blockchain-enabled subrogation platform will depend on having a critical mass of carriers using it.

Startups have been charging ahead with insurance-related innovation across blockchain and related technologies. In doing so, these startups have provided a lower-risk onramp for insurers to test these technologies via partnerships or pilots.

A participant in Avanta Studios since September 2021, Gigaforce has raised more than $1M in venture capital financing. The company has secured paying and piloting insurer customers and subrogation services partners.

Otonomi became an Avanta Studios participant in February 2022 after participating in the Entrepreneurs Roundtable Accelerator. They were invited to join a Lloyd’s Lab cohort focused on decarbonization and climate change in March 2022. Otonomi has raised $1.3M in venture capital financing to date.

ClaimShare enables the matching of customers’ private data once a suspicious claim is detected. No sensitive data is exchanged by matching the data, making the solution compliant with General Data Protection Regulation (GDPR).

The Kaleido enterprise blockchain platform enables enterprises to quickly build and run blockchain solutions. Kaleido was used to test the first notice of loss (FNOL) data-sharing application by a consortium of members of The Institutes RiskStream Collaborative. According to PitchBook, Kaleido has recently raised $700K in venture capital financing.

Via its tokenized insurance product, Unslashed Finance covers exchange and smart contract hacks, validator slashing, stablecoin pegs, oracle failures, and other blockchain-related risks that traditional firms do not insure. In its first month, Unslashed Finance sold more than $400M in insurance coverage and collected more than $90M in capital deposits. Unslashed also has company in this space, with Tidal as a competitor, and has recently raised $1.97M in venture capital financing.

Breach Insurance claims to be the only company offering a regulated insurance product for retail crypto investors. Breach covers the theft of crypto-assets while they are in the custody of qualified exchanges. Trisura Group, an international specialty insurance company with an AM Best rating of an “A-minus,” is the carrier behind Breach’s policies and Relm of Bermuda is Breach’s reinsurer. Founded by an ex-Liberty Mutual managing director, Breach has raised $2.5M.

Rise of the consortiums

Industry leaders have been forming consortiums to leverage the cross-industry efficiencies enabled by blockchain. In an age of Web3-driven decentralization, these consortiums provide structure, consolidation, and leadership.

By March 2020, 20 insurers, including Liberty Mutual and Munich Re, had joined the Blockchain Insurance Industry Initiative (B3i) that was launched in October 2016. In collaboration with its shareholders, B3i’s blockchain platform placed 30 reinsurance contracts, including Cat XoL (catastrophe excess of loss) Treaties. B3i plans to grow its reinsurance platform to include more reinsurance, technical accounting, and claims to cover the entire lifecycle of reinsurance contracts. From there, B3i will expand into large commercial applications.

What does this mean for the future?

Insurers’ investments in and engagement with startups can provide valuable access to blockchain-driven insurance innovation at lower levels of entry cost and risk. The opportunity to learn from them and ensure alignment with a corporation’s goals will assuredly provide insight into the applicability of these new technologies and may even drive better business results.